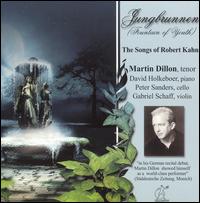 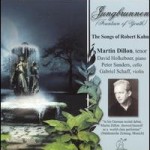 This article was originally published in 1998 on www.novamusic.com. I successfully predicted the direction of the current music industry. Now, many years later, this article still rings true… To coin a phrase, “It’s not like it used to be.” “It used to be” that major record labels discovered artists and developed and nurtured them over time. Money was invested into the artist, sometimes for years, before the record company saw any return.

That day has come and gone. Major record companies today want to make the quick buck. You can’t blame them. The old way lost money more times than it made money, and the record business is after all, a business. Musicians today have to be businessmen and businesswomen as well as artists, because in order to get a major record deal, you need to have a track record.
To digress for a moment, think of it this way. The record company is like a bank. They LOAN you the money to allow you to record, release, promote and distribute your CD. You will pay them back when the record sells. They will “supervise” your project, by taking over all the aspects of the aforementioned, and as an artist, you will listen to their suggestions because they have the business expertise, experience, and track record in those areas.

The thing is, like a bank, they want to make sure they loan the money to a “good risk”, so they can not only recover the money invested, but make money, much more money than they invested in you. They figure that if you’ve “been in business” for years, and have sold goods (CDs) consistently on your own, then you’re a good risk. You may ask yourself,”Hell, if I could do that, what would I need them for?” Well, you might have a point there.

Artists like Ani DiFranco, an independent artist from day one, forming her own successful Righteous Babe record label, have been proving that you don’t need a record company backing you. You can do it yourself. Then, you have record companies coming to you, offering you mad money, because you have a proven track record.

Artists are now releasing albums exclusively over the internet, doing their own cd replication without a record company. People are forming their own record companies and becoming successful. Sure, many fail, and let me tell you, those that fail would never have gotten a record deal at all, or if they did, it would have been a “throw it up against the wall and see if it sticks” deal.

And many excited industry virgins have been sacrificed at that altar. (Record company invests $100K each in ten bands and takes a half-hearted shot with all of them, as opposed to investing $1M in one band. They figure “hey, if one of these seeds sprout, we’ll water it, but if they all die, let ‘em, and we’ll use them as tax write-offs. If none of the ten make it, we’ll get ten more. It’s a numbers game.”) See, They’d rather sink money into a proven commodity. (Insert name of Platinum selling artist here.)

Still think groups like Nirvana, Live, Green Day, Jane’s Addiction, Collective Soul and Hootie and the Blowfish got discovered from a demo tape? Nope. They sold CDs, lots of ‘em before record companies came-a-callin’. And when a record company comes to you, you’ve got the upper hand in a deal making situation. Anyway, if you do it yourself, selling 5 to10 thousand copies is a big success. Major labels will take a major bath selling those numbers. Get signed to a major label and fail, and you’ve got a black ball on you. No other major label will want to touch you again. (It’s scary that way.)

So how do you get there? Well, first of all your music must be great. Not good. GREAT! You’ve got to feel in your heart of hearts that this stacks up with (insert band you respect here) . Next, you’ve got to form alliances with the right people or companies who can help you record and promote your album. Make all the connections you can. Then do it again! The days of being “discovered ” and “developing” artists are over. So develop yourself, and reap the benefits down the line.

Enjoy this? Please spread the word :)